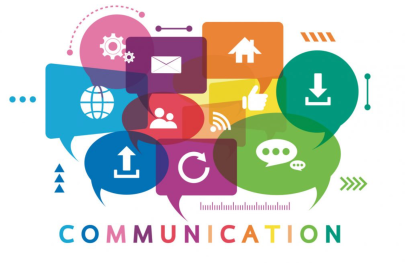 I have completed, at least for this weekend, my Tasmanian winter time duty of replenishing our household firewood supply, splitting delivered firewood logs – using a powered log splitter nowadays. While working at that task, I have been able to reflect on the events of the last few weeks. I had been working on another article, about alternatives to our “cause-based” compensation systems, also relevant to COVID19, but there a lot more work to be done on that one – and hopefully the time to do it.

COVID-19 dominates the news and affects almost all our activities to some extent, even though Tasmania is not currently in lock down as they are in Victoria. There has been considerable local interest watching the Victorian situation develop with understandable concern about the effects of COVID19 on the people’s health and well being. There is also the negative impact of COVID19 response on mental health, lifestyle and we mustn’t forget, the economy.

COVID-19 presents challenges but we shouldn’t overlook the opportunities to do things differently, and perhaps better. We have observed a reduction in adversarialism in our political system (although that is waning) and locally I have observed a more co-operative approach within the health care and compensation systems within which I work.

My occupational medicine colleagues (the few of us that remain in Tasmania) have been very collegial with a renewed enthusiasm for our work, even though most of us are in “the twilight of our careers” as Barry Gilbert put it. There have been very positive interactions with colleagues within our national professional body – the Australasian Faculty of Occupational & Environmental Medicine (AFOEM) , including our new President, Malcolm Sim and president-elect Warren Harrex along with colleagues from Victoria. I would particularly like to thank John Parkes who have given up time to share his experience with the COVID19 outbreak in Melbourne (again via Zoom).

This collegiality, in combination with the rewards of being involved in the training of an enthusiastic and committed registrar in my own practice and interaction with employers to facilitate educational visits to workplaces, has been a great boost for me personally.

COVID19 has also demonstrated what we can do on-line, saving time along with greater convenience and reduced use of fuel to travel, with potential spinoffs for our stressed planet.

From my perspective as an occupational physician, the emergence of COVID19 is an “unprecedented” (yes, I am becoming tired of that word too) occupational risk, as demonstrated by the, now officially acknowledged, high rates of occupationally-acquired infections amongst Health Care Workers in Victoria. This heightened risk is greatest for workers in Aged Care.

I am pleased that the Tasmanian Foundation for Occupational Medicine – TFOM (of which I am Secretary) with Barry Gilbert as President and Andreas Ernst as Treasurer, has taken up the issue with Government and plans to engage with the private sector to provide support and assistance for planning in the event of a second COVID19 wave in Tasmania. With another prominent occupational physician, Helen McArdle as AMA president, we can expect improved understanding of occupational issues generally.

I have taken a step back from medico-legal work over the next month or two to use my time on important prevention and educational initiatives as well as my personal need for a break from the demands of this type of work.

During this period I hope to have time to do further “professional writing”. I hope to have time for further work on a study, with the aim to publish in the peer-reviewed literature. The study, an analysis of legal decisions related to upper limb pain in a sample of Australian workers compensation jurisdictions, is being conducted with support from Genevieve Grant at the Australian Centre for Justice Innovation at Monash University. Another enjoyable collegial activity!

As well as working on my own practice’s COVID19 preparedness, I also hope to continue my advocacy in relation to the importance of privacy of medical files through relevant medical organisations. Comcare has a routine practice of summoning entire medical files that, in my view, is an unnecessary adversarial practice.

Over the last fortnight I have participated in two Zoom educational sessions run by the Australian Insurance Law Association (AILA). I might not have been able to attend if they had been run as face to face sessions. As Zoom presentations, they were accessible and informative, as well as great value for money.

Although Jennie Cox’s part of the presentation was limited by technical difficulties (the down side of remote communications), Dr Walters was able to articulate the principles involved in reducing the potential for secondary psychological claims through communication between the stakeholders to enhance worker support. He emphasised:

Chief Commissioner Clues shared her view that Tasmania’s Workers Compensation system cannot be characterised in the same way as the Victorian and New South Wales systems as portrayed on the recent Four Corners Programme “Immoral & Unethical”. She cited Tasmania’s 90% acceptance rate for claims. She indicated her support for the current Section 81A process (The legislative provision that allows insurers to dispute their liability in the early stages of a claim) as being much better than the absent process in the old “1927 Act”, where an insurer just “stopped paying” without having to explain.

Commissioner Clues emphasised the importance of communication with workers by employers, insurers and legal representatives to explain the 81A process and avoid anxious and distressed workers attending 81A hearings only to be told that the details of their case can’t be heard at that stage. She also alluded to worker concerns that claims can be disputed on the basis of an IME examination where they were not listened to or properly examined.

Commissioner Clues emphasised the value of Worker Assist as an free accessible source of legal advice for workers and agreed with a session participant’s suggestion that WorkCover should provide a clear explanation of the 81A process to aid worker understanding.

While I am in hearty agreement with Commissioner Clues about the need for communication and explanation to injured workers in the lead up to an 81A hearing (and indeed at all stages of the claims process), what I don’t think the legal system sees at times is the angst for workers injured at work about whether to initiate a claim for workers compensation due to the stigma, potential cost and a real concern about prejudice by prospective employers should they initiate with a claim. Workers (and their doctors) also see the frustration  when recommended treatment is held up or denied due to legal processes. Only occasionally do these issues seem to get aired in the Tribunal.

Communication between insurers, legal professionals and doctors also rated a mention. Commissioner Clues emphases the importance of asking relevant questions of expert witnesses, especially in relation to the “three-limbed” pathway to liability:

Doctors working in this area of practice need to take this on board as much as the lawyers asking the questions of them.

I gained a lot from the AILA Masterclass even though its intended audience is lawyers and claims managers – not doctors. Another example of the value of communication!

In my earlier article THE GREAT DIVIDE – a sorry tale of lost teamwork! I lamented the situation with a progressive slide towards division and adversarialism. I now have renewed hope as a result of recent events as described above.

My father used to explain to those who asked him about his son’s occupation that I worked in “Preventative Medicine”. This was based, I suspect, on my account of prevention initiatives from my time working with the Hydro-Electric Commission (The Hydro) in the 1980’s and 1990’s. The Hydro developed innovative programmes for the time, Tasmania’s first “Smoke-Free Workplace” and innovative policies in relation to rehabilitation of workers. The policies encompassed employees unable to work for any health-related reason (not just work-related injury), in combination with innovative leave provisions to reduce absenteeism. Perhaps nostalgia has got the better of me, but I miss those days. It is much easier to be collaborative in prevention than it is with sorting out liability or compensation.

Unfortunately current work for occupational physicians relates almost entirely to reactive activities  to determine liability, impairment and compensation, often very late in the course of a claim when there are entrenched positions and no winners, although some would argue the lawyers always win!

History buffs can correct me, but my recollection from learning Modern History at High School was that German unification at the end of the 19th century was only possible because of a perceived or actual external threat from neighbouring countries. Perhaps the threat imposed by COVID19 can act as a catalyst for a reduction in adversarialism in the same way.

A spirit of cooperation in conjunction with a renewed emphasis on prevention and occupational medicine shifting back into the prevention area (where it rightly belongs) would avoid the acrimony associated with attribution of cause/blame and the financial consequences of that process.

Communication is the key, not only between workers and employers, but between :

The message also applies to politicians of various persuasions; the list goes on and on.

The AMA has recently had a favourable response to a request to re-establish a consultative forum with private Workers Compensation Insurers in Tasmania, The WorkCover Board has a Medical Advisory Panel and the Law Society has established a working group to look at better ways for lawyers and doctors to interact. I have had renewed contact with former colleagues working in on prevention initiatives and dialogue with government is improving! This all gives me hope.

Communication needs to cut across the adversarial divide that dogs our compensation systems and degrades optimum outcomes. Political ideologies and professional disciplines need to respect each other – plaintiff and defendant lawyers, insurers and doctors need to communicate. Heaven forbid, such a change might translate to communication between IME assessors on either side of the liability divide and old rivals work together for the common good.

Perhaps I should just take my “reality pill” and get back to work!

As an occupational physician in private medical practice in Hobart, Tasmania - the southernmost state of Australia, I see workers referred by their general practitioners with various types of work-related injuries and diseases. These are mostly musculoskeletal injuries, both of traumatic and gradual onset as well as various associated psychological disorders. With interaction with patients for treatment and providing advice about rehabilitation, I have the opportunity, first-hand, to observe interactions between individual patients and compensation systems. I also conduct independent medical assessments, including impairment assessments for musculoskeletal injuries and asbestos-related disease compensation. This provides another perspective of workers within compensation systems.
View all posts by Tasworkdoc →
This entry was posted in Uncategorized. Bookmark the permalink.
%d bloggers like this: