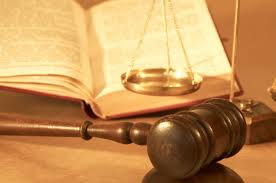 The following article I prepared was published in the AMA Newsletter last year. The Supreme Court decision referred to in the article had highlighted some of the issues about the use of Medical Panels in Tasmania that deserved some commentary.

I thought there may be some wider interest in the article.

THE MERITS OF MEDICAL PANELS

A suitably convened panel of qualified and experienced doctors can assist with the resolution of disputes about medical issues in workers compensation matters (or other legal jurisdictions). This approach is more closely aligned to normal medical decision-making and has the potential to avoid the ‘collateral’ damage to injured workers from the stresses and delays associated with traditional medico legal decision-making where a legal practitioner decides the merits of opposing independent medical opinions.

In an article published on my personal blog earlier this year, the benefits of Medical Panels are discussed. Here is a link to that article PANELS PANELS PANELS OI! OI! OI!

One of the debates underway at present is whether a small state like Tasmania can support a fully functioning Medical Panel system. Although Tasmanian Workers Compensation Legislation makes provision for Medical Panels very few panels have been convened since 1988 when the Workers Rehabilitation and Compensation Act first made provision for panels (initially referred to as Medical Boards).

On the other hand, the Medical Panel formed to make decisions about compensation under the Tasmanian asbestos compensation legislation has seemed to work well with local respiratory physicians successfully  the panel and apparently avoiding issues of conflict of interest. Although there was provision to use panelists from interstate this has apparently not been necessary.

Section 50 of the current Workers Rehabilitation and Compensation Act states:

‘(1) The Tribunal is to keep and maintain a register of suitably qualified medical practitioners who are willing to be selected on a medical panel.

(3) At least one of the medical practitioners is to have particular expertise in the medical field to which the question relates.

(4) The Tribunal must appoint one of the medical practitioners to be chairperson of the panel.

(a) has, in any capacity other than as a member of a medical panel, been involved in the examination or treatment of, or has provided medical services (including an assessment of impairment) to, the worker in relation to the injury in respect of which the medical advice or opinion is sought by the Tribunal; or

(b) informs the Tribunal that, for any reason, the medical practitioner’s appointment to the medical panel could give rise to a conflict of interest.

(6) The Tribunal is to ensure that the medical panel is provided with any information in its possession likely to assist in determining the medical question.’

A recent decision in the Supreme Court of Tasmania  – State of Tasmania v Treloar [2014] TASSC 51 (19 September 2014) has illustrated some of the issues with the appointment of Medical Panels in Tasmania.

However the Supreme Court found that the Commissioner had erred:

‘His Honour held that the Chief Commissioner had erred in law in determining that the assessment of impairment could not be referred to a medical panel.  According to his Honour, it was clear from the wording of s 50 of the Act that it was not necessary for every member of a medical panel to have particular expertise in a relevant medical field, and that a general practitioner could be elected onto a medical panel without being accredited for psychiatric assessments of permanent impairment.  Section 50(3) of the Act required that only one of the medical panel members had a particular expertise.’

The decision has implications for legal practice:

From the perspective of optimum medical decision-making, the Tribunal’s reluctance to put together a Medical Panel and the Supreme Court’s decision does illustrate the difficulties with resourcing medical panels with suitably qualified and independent practitioners in a state like Tasmania. While the legal decision is that Medical Panel members do not need to be accredited by WorkCover Tasmania, it is clearly desirable that panelists should have qualifications and experience relevant to the task they are being asked to perform. Impairment assessment, for example, is a complex area requiring training and accreditation to be able to properly provide opinions. The Commissioner’s decision to not form a panel was understandable in the circumstances even though a higher court ruled otherwise with the clarification, that only one member of a two or three member Medical Panel needs to have the necessary qualifications and experience.

The fundamental underlying problem with creating a system of effective Medical Panels is that there are relatively small numbers of appropriately qualified doctors in the pool of practitioners willing to serve on panels from which to choose, combined with potential for conflict of interest for those doctors that had already been involved in treatment or providing independent assessments.

Apart from the relatively small numbers of medical practitioners in Tasmania, a likely reason for the dearth of interested practitioners is the general reluctance by doctors to be involved in workers compensation compounded by lack of clarity about what is expected and the control of registers of accredited doctors and potential panelists by the Tribunal and WorkCover Tasmania.

The wording of the Act suggests that the Tribunal has knowledge of the state’s medical expertise as follows:

‘…….given the Tribunal’s knowledge of the expertise held by medical practitioners on the register’

The medical profession however itself would have the best knowledge and understanding of the expertise required to consider any particular medical question that may be put by the Tribunal.

One initiative would be to amend the legislation to require the Commissioner to consult with the medical profession about the appointment of panels. The Tasmanian AMA Workers Compensation Reform Committee has identified benefits if Government appointed a ‘Medical Standards Committee’. One function would be to provide such advice to the Tribunal.

The proposed committee could also have a role in encouraging doctors to be involved in Workers Compensation matters, serve on panels and participate in training to be accredited in various facets of workers compensation. Where there are insufficient local practitioners arrangements to utilise interstate Medical Panels could be considered. The involvement of respected local senior clinicians would greatly assist the engagement of the medical profession in workers compensation matters.

The key is for the medical profession to have greater input into the decision-making system in disputed workers’ compensation matters.

1 Response to More on Medical Panels