The Insult of Complexity 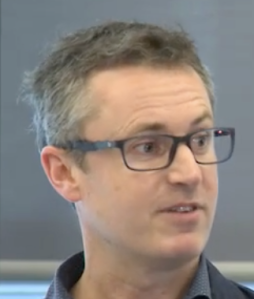 At the recent ISCRR Research Forum held in Melbourne, Dr Jason Thompson gave an informative presentation that resonated with my experience as an occupational physician providing care for people within compensation systems.

Dr Thompson explained how complexity increases almost exponentially with the number of potential interactions in a system. He provided the example that doubling the number of issues that a worker confronts within a system from 6 to 12 leads to 5 times as much potential complexity. Studies have shown that complexity is maximal between 7 and 9 weeks after a claim. Dr Thompson’s slide below illustrates the impact:

Often I get the most useful feedback from a patient when they are discharged to their general practitioner at the stage when I have no more to offer them, hopefully when they are well on the road to recovery and return to work. At that stage they have insight and perspective from their recent ‘journey’.

The outstanding feature of this feedback is the value placed by that person on the involvement of a professional who understands the system and is ‘on their side’ in an unfamiliar, confusing and adversarial system. Medical expertise is assumed.

A practitioner who can actively communicate with the various parties involved, explain the various agendas of the ‘players’ and make sense for them about what is happening in the context of their particular injury and employment situation helps enormously. There is value in simplification!

Satisfaction for Doctors Too!

Doctors gain considerable satisfaction saving lives in medical emergencies, but satisfaction results from helping patients in many other settings too. I have been told that consistent, calm and knowledgeable support and guidance from a doctor in the context of the uncertainty of workers compensation can save lives too by preventing self harm, although it is difficult to prove. I have no doubt care that counteracts the negative influence of complexity does reduce morbidity and enhance recovery.

Preliminary research suggests as many as 50% of doctors are reluctant to get involved in managing patients within compensation systems. A management approach that improves doctor’s satisfaction cannot go astray.

The Impact of Complexity

The number of potential interactions for injured workers with any more than a minor injury can be mind boggling. It is routine for patients in compensation systems to have interactions with multiple health practitioners (general practitioners, specialists, psychologists, physiotherapists and other allied health practitioners), workplace rehabilitation providers, claims/case managers, in addition their immediate workplace supervisor, HR personnel and their work colleagues. In Tasmania, there are legislated roles for Injury Management Co-ordinators too. In most cases of long-term injury you can add independent doctors and lawyers to the list.

In a recent complex case of work-related musculoskeletal disease complicated by difficulties with return to work due to workplace issues, I counted 17 people who had been closely involved including the worker’s general practitioner, medical specialists x3 (surgeon, occupational physician and medical acupuncturist), allied health practitioners x2 (psychologist and physiotherapist), workplace line managers x 3, workplace HR manager, workplace colleagues x 3, workplace rehabilitation providers x 2, in addition to claims personnel, union representative & mediator.Although the case is well down the track at least 13 of those are still actively involved. The complexity affects not only the injured worker, but the other people involved. As a doctor involved in care I have had direct interactions with most of the 17 people above. Interactions cause complexity and substantially increase the requirements of time and commitment by everyone involved, not to mention the associated costs.

Injured workers often flounder in these complex systems due to confusing or conflicting medical or rehabilitation advice from the array of people involved. Uncertainty from this confusion magnifies feelings of guilt and self-doubt already inherent within compensation systems due to entrenched negative attitudes from many of the ‘players’. Those injured workers already psychologically vulnerable or lacking resources to cope  are likely to suffer additional negative psychological consequences on top of those that arise from the pain and disability from their physical injury. In this setting chronic pain, depression and poor functional outcomes are much more likely.

The negative impact of independent medical examinations (IME’s), in particular, is becoming increasingly recognised. This is not just from the confusion generated by conflicting medical opinions and delays with approvals for treatment, but from the psychological impact of perceived procedural unfairness.

While our compensation systems usually recognise and value investigations, medical treatment and procedures, and early return to work interventions, the value of a single point of support, understanding, guidance, certification and proactive co-ordination of multidisciplinary management in the complex systems now in place, is undervalued.

Concerns are raised about general practice costs and over servicing by general practitioners and other doctors who are the key providers of the services that support injured workers and co-ordinate complex cases. In some states there are legislative provisions that provide a disincentive for GP’s to spend time with injured workers. In NSW, for example, there is a prohibition on the use of time-based AMA consultation item numbers.

While in most cases the appropriate level of support and clarity can be provided by an enthusiastic general practitioner, with increasing levels of complexity, in combination with a vulnerable worker, the average general practitioner will not have the time, experience or skills to interact in a proactive manner with all the players and provide the necessary simplification.

I will expand on the concept of complex case management by doctors and how to identify those injured workers who might benefit from streaming into such an alternative management pathway in my forthcoming blog articles.

COMPLEX CASE MANAGEMENT undertaken by skilled and experienced doctors is a potential simplification mechanism for those at risk of harm from the complexity of compensation systems. There is enough evidence of potential benefit to conduct trials and develop the concept further in combination with early intervention strategies.

2 Responses to The Insult of Complexity